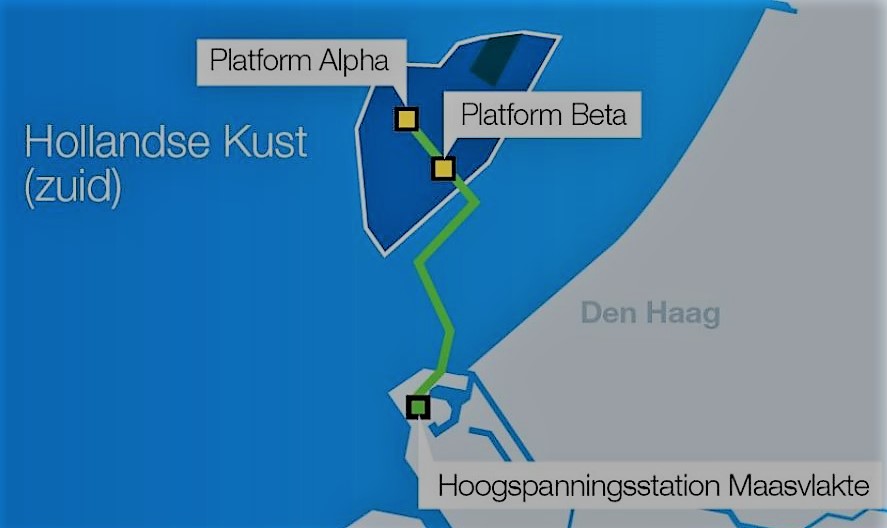 The Netherlands Ministry of Economic Affairs launched its tender for the Hollandse Kust (zuid) sites I and II, with an application period from 15 December to 21 December 2017, with a total capacity of around 700 MW. The first round of the tender closed today 17.00 hours CET.

Following bids in German offshore wind auctions and low strike prices in UK CfD auctions, the Netherlands authorities anticipated much lower bids in the latest round. As a result, they altered the rules of the auction to allow proposals with zero subsidy. The tender was based on procedures without subsidies and companies competing for a concession permit. Only if the government received non-qualifying applications, would the tender be extended to a subsidy-based second round of bidding.

Section 14 of the Offshore Wind Energy Act states that a licence can only be awarded if, based on the application, it meets the requirements of the site decision and is sufficiently plausible that the construction and operation of the wind park is feasible from a practical, technical, and financial perspective; can be started within four years of the date on which the licence has become irrevocable; and is economically feasible within the period of time specified in the licence. If the project fails on any of these criteria, the application will be rejected and therefore not ranked.

The rules of the tender required bidders to submit a design for the wind farm, a timetable for the construction and operation, together with estimates of costs and revenue, including social costs. TenneT’s costs for the Alpha platform and the export cable are regarded as social costs – so the greater the power generation from the project the higher the ranking. Each site has a minimum installed capacity requirement of 342 MW and a maximum of 380MW, with applicants receiving credit for higher capacities.

The government set a higher investment threshold for the tender compared with the Borssele Zone, requiring a commitment of at least 20% of the total investment costs for the wind farm from the applicant. To ensure that the wind farms will actually be built, the Netherlands authorities will instead have the powers to impose an order subject to a penalty for non-compliance.

It is anticipated that the Ministry of Economic Affairs will award development rights in the first quarter of 2018.

Ørsted and Energie Baden-Wuerttemberg (EnBW) have already offered to build offshore wind farms in Germany that rely on market prices rather than subsidies.

Vattenfall confirmed in mid-December that it was participating in the first non-subsidized offshore wind tender for Hollandse Kust Zuid. CEO, Magnus Hall, noted Vattenfall’s “strong presence in the Dutch market” and “firm view on the developments in the Dutch power market”. Head of Business Area Wind, Gunnar Groebler, commented that the firms close cooperation with suppliers had brought down the cost of offshore wind, giving the firm “confidence that we can build and run this windfarm profitably even without subsidies”.

Shortly before the auction closed, Norway’s Statoil confirmed to press agencies that it has also submitted a subsidy-free bid for up to 760 MW.

It was widely anticipated that Ørsted would consider submitting zero-subsidy bid. The firm recently issued tenders for services covering both the Borssele I & II projects and the Hollandse Kust Zuid sites. Press reports and responses on recent analysts’ calls have been more guarded, noting the commercial sensitivity of announcing bidding tactics and highlighting the differences between the Netherlands and German tenders. [Update: On 22 December Reuter’s reported that Ørsted had decided not to bid in the auction. It cited Ørsted’s Chief Strategy Officer, Martin Neubert, who reportedly commented, “We could not see that the economics for the Dutch tender added up unless you are speculating in power prices.”]

Without the benefit of subsidies, at least for the first 10-15 years of operation, the offshore wind farms will be exposed to the wholesale power market. They are gambling that either power prices will be high enough to provide a sustainable income for the project or that they can back off at least a proportion of the merchant risk with power-purchase agreements.

A big area of uncertainty is the future price set for carbon emissions. The Netherlands coalition government plans to introduce a carbon floor price for the power sector, widely reported to start at EUR 18/t from 2020. This is much higher than the current carbon price in Europe. Companies would be charged an additional levy based on the price difference between EU allowances and the new price floor. Furthermore, this could potentially more than double by 2030, gradually rising to EUR 43/t. At the same time, it is anticipated that all coal-fired plants in the Netherlands will be forced to close, which will increase demand for replacement capacity.

The exhibit below shows how we believe offshore wind capacity will develop in the Netherlands over the coming period. 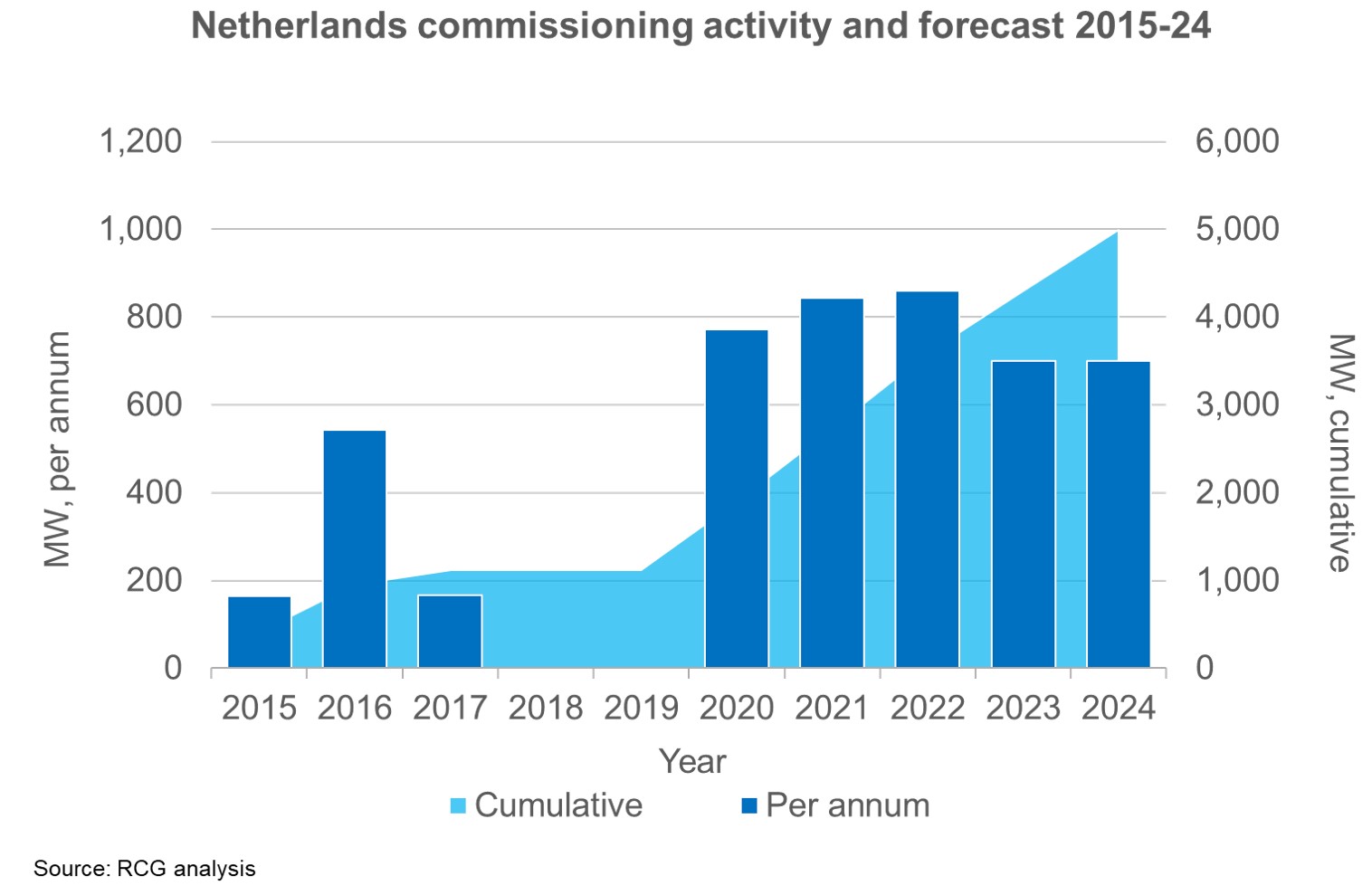 The Hollandse Kust Zuid tender is innovative, with its focus on zero-subsidy and quality of proposals. The winning bid will need to combine an ability to handle market risk and sell electricity on the Netherlands power market, with an appetite and ability to drive down offshore wind capex, construction, and operational costs.