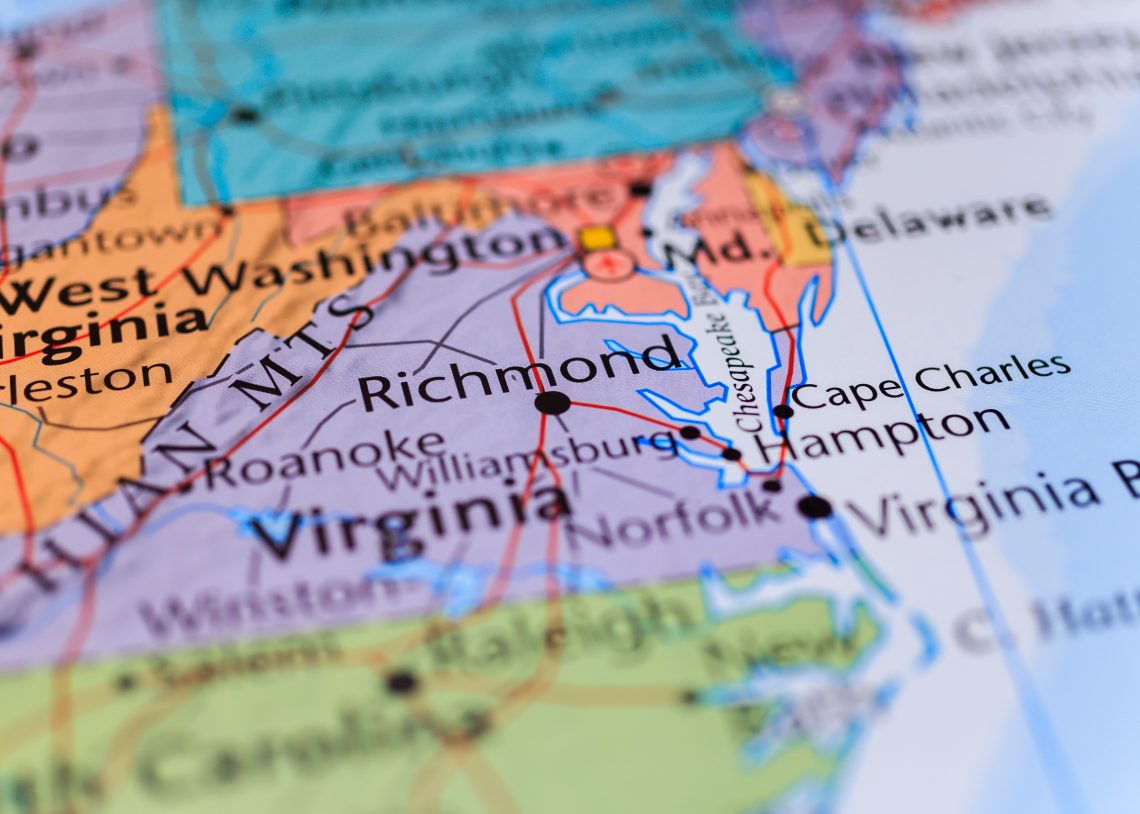 Deb Haaland, US Department of the Interior Secretary, announced in October that the Bureau of Ocean Energy Management (BOEM) would hold up to seven new offshore lease sales by 2025 as part of the Biden-Harris administration’s goal to deploy 30 GW of offshore wind energy by 2030.

Many of the locations, such as the New York Bight and the Carolinas, were expected by developers and industry-watchers. However, it was the inclusion of the Central Atlantic – specifically the far-reaching area that BOEM has allocated for further study – that took some by surprise.

The Central Atlantic Initial Planning Area (IPA) – a wide swath of seabed 20 miles offshore stretching from Dewey Beach, Delaware and to Cape Hatteras, NC – is in many respects a work in progress as much still needs to be studied in the area. 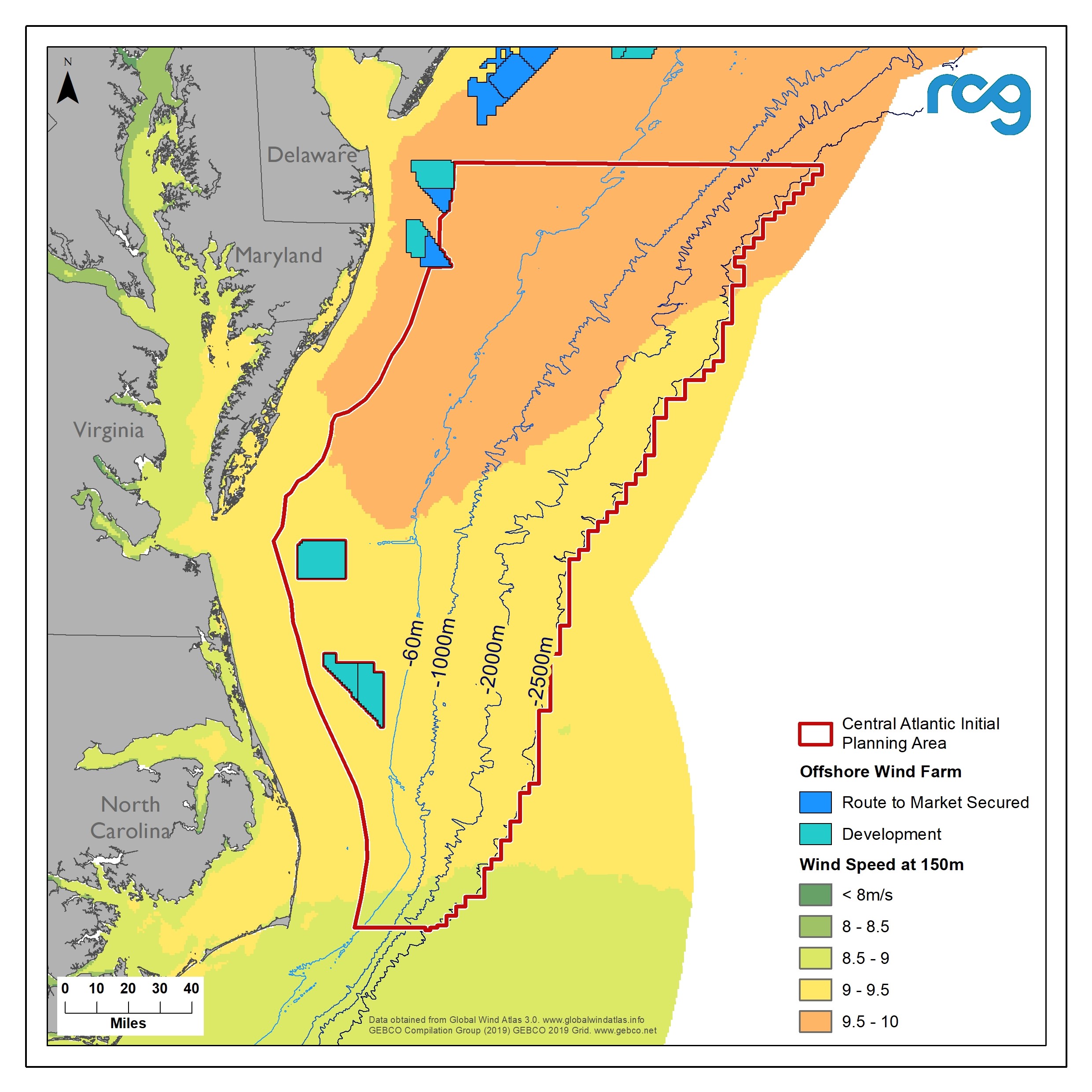 Based on the map’s boundaries, The Renewables Consulting Group (RCG) estimates the Central Atlantic IPA at just short of 20,000 square miles (52,000 km²). To put that massive number into some context, the zone is nearly six times larger than the total area of all offshore wind leases executed in the United States to date (3,374 square miles; 8,700 km²).

It is not yet known the number of lease sales the Central Atlantic IPA will yield. In general, BOEM follows a five-step procedure before reaching a lease auction. The Central Atlantic IPA is at the first step: planning and analysis. Here a Renewable Energy Task Force is established to coordinate among federal, state, local, and tribal governments around the leasing process and share information about the advantages and disadvantages of potential offshore wind areas. The industry observes and makes contributions to the Task Force and thereby stays abreast of developments. As BOEM works through this initial stage, the agency is meeting with stakeholders and next month plans to hold meetings with fisheries management councils and representatives from recreational fishing organizations. The next meeting of the Central Atlantic Task Force is expected in February 2022. 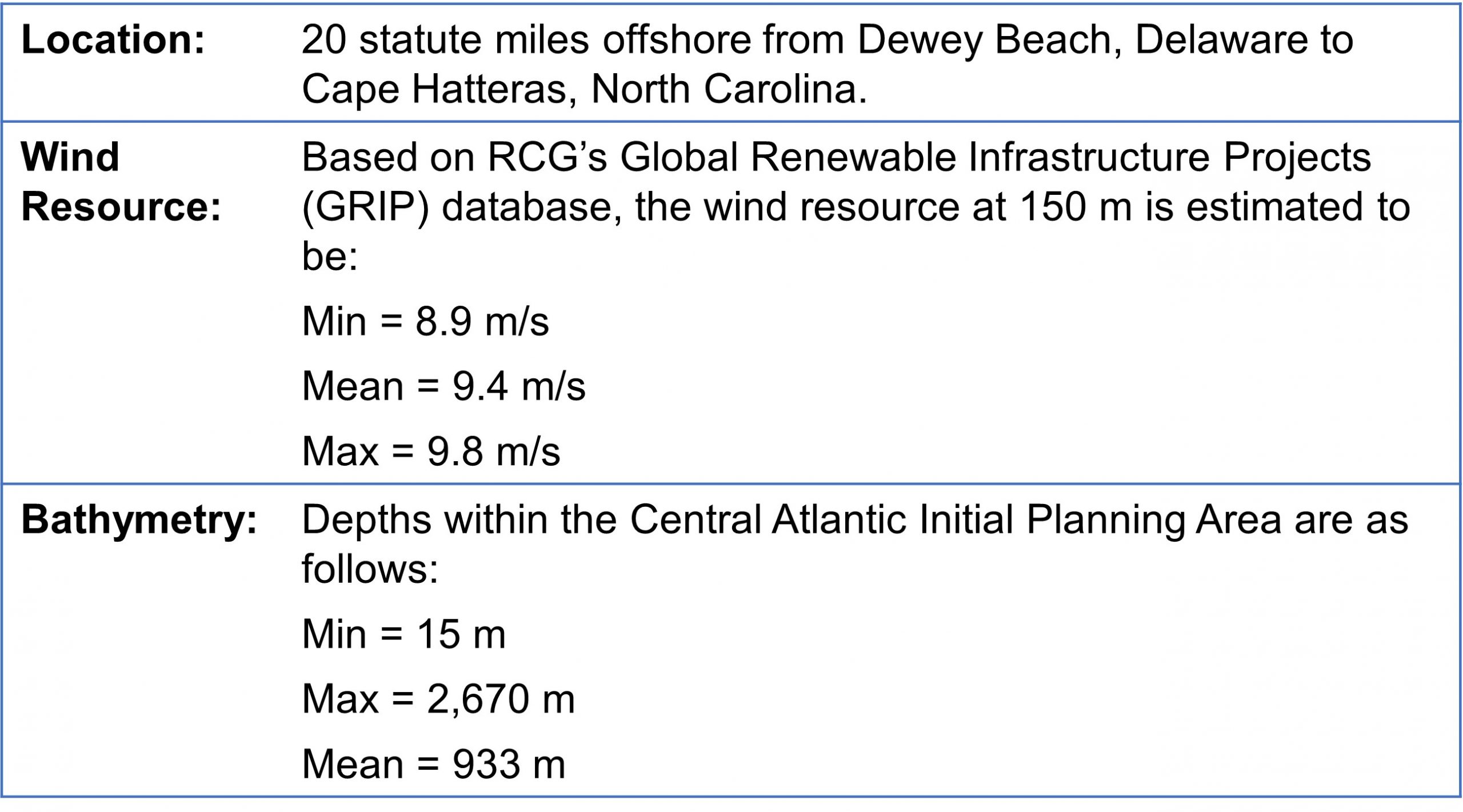 The origin of the Central Atlantic IPA dates back to April 2020 when the Virginia Clean Economy Act was passed into law creating Virginia’s 100 percent clean energy by 2050 Clean Energy Standard. Governor Ralph Northam, D-Va., then wrote to BOEM requesting the formation of a renewable energy regional task force that could lead to a lease sale. BOEM agreed and created a Central Atlantic Intergovernmental Renewable Energy Task Force encompassing the area defined above. The first Task Force meeting took place in February earlier this year.

Clearly, Virginia – along with other southeastern and mid-Atlantic states – is banking on offshore wind to help meet its economic and environmental objectives. In October 2020, Northam announced a three-state collaboration with Maryland and North Carolina to advance offshore wind projects in the region and promote the area as a hub for offshore wind:

“Harnessing the power of offshore wind is key to meeting the urgency of the climate crisis and achieving 100 percent clean energy by 2050,” said Gov. Northam. “Virginia is well-positioned to scale up offshore wind development with a 12-megawatt wind demonstration project already built off our coast. This agreement will help unlock our collective offshore wind resources and generate tremendous economic and environmental benefits for the region. We look forward to working with our partners in Maryland and North Carolina to grow the offshore wind industry and secure a cleaner, healthier, and more resilient future.”
As there is still much to be determined, one thing is clear: the US East Coast has yet another promising area to further develop offshore wind energy.

Doug Pfeister, Managing Director of RCG in the Americas, says, “Identifying the Central Atlantic IPA is yet another example of the Biden-Harris Administration’s unprecedented commitment to offshore wind. Though it is early in the process, the Central Atlantic presents many opportunities for this multistate effort as well as the federal government to reach all of their renewable energy and climate change goals.”