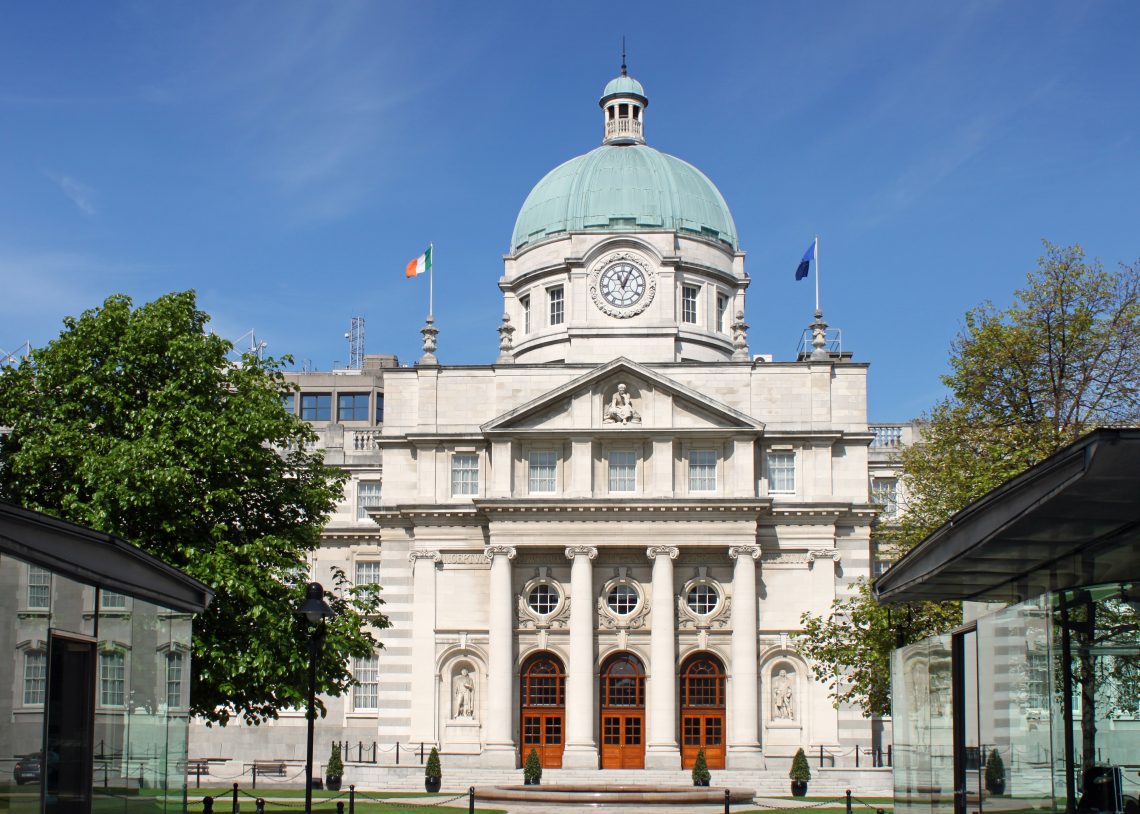 The Plan tackles every relevant sector from housing to business. It pledges to move Ireland to 70% renewable electricity by 2030, At the small scale it aims to establish a new microgeneration scheme for homeowners. At the grid scale it envisages adding 12GW of renewable energy capacity (with peat and coal plants closing). To facilitate this, the consenting system, connection arrangements, and funding support system will be streamlined for on- and off-shore renewable technologies.

Ireland has slipped on its efforts to meet is 2020 targets under the EU’s Renewable Energy Directive, ranking twenty-sixth out of the EU countries in terms of progress towards meeting the targets. As a consequence, Dublin is likely to face penalties.

A key reason for missing the targets has been Ireland’s failure to embrace offshore wind as technology capable of delivering capacity at scale. Despite being an early adopter with the Arklow wind farm, operational in 2005, progress stalled due to regulatory failure, grid connection issues and the consequences of Ireland’s severe economic recession.

The new Climate Action Plan maps out indicative sectorial targets, with the deployment of significant offshore wind capacity. The decarbonisation pathway presented has 1 GW of offshore wind capacity in 2025 and 3.5 GW by 2030, although the exact level of each renewable technology will be determined by a new system of competitive auctions. It recognises enablers such as building out grid infrastructure are required to stimulate offshore wind.

To assist deployment, the Irish Government is planning to implement the Renewable Electricity Support Scheme (RESS); a process similar in structure to Britain’s Contract for Difference (CfD) approach. The scheme will likely include a series of auction rounds over the next decade supporting the required level of additional renewable electricity capacity.

RCG’s GRIP database shows that in addition to Arklow, Ireland currently has almost 2 GW of consented offshore wind projects, with a further 1.7 GW in planning, and an additional 3 GW of potential capacity scoped out. There is therefore a large enough potential pipeline to meet the government’s ambitious plan. 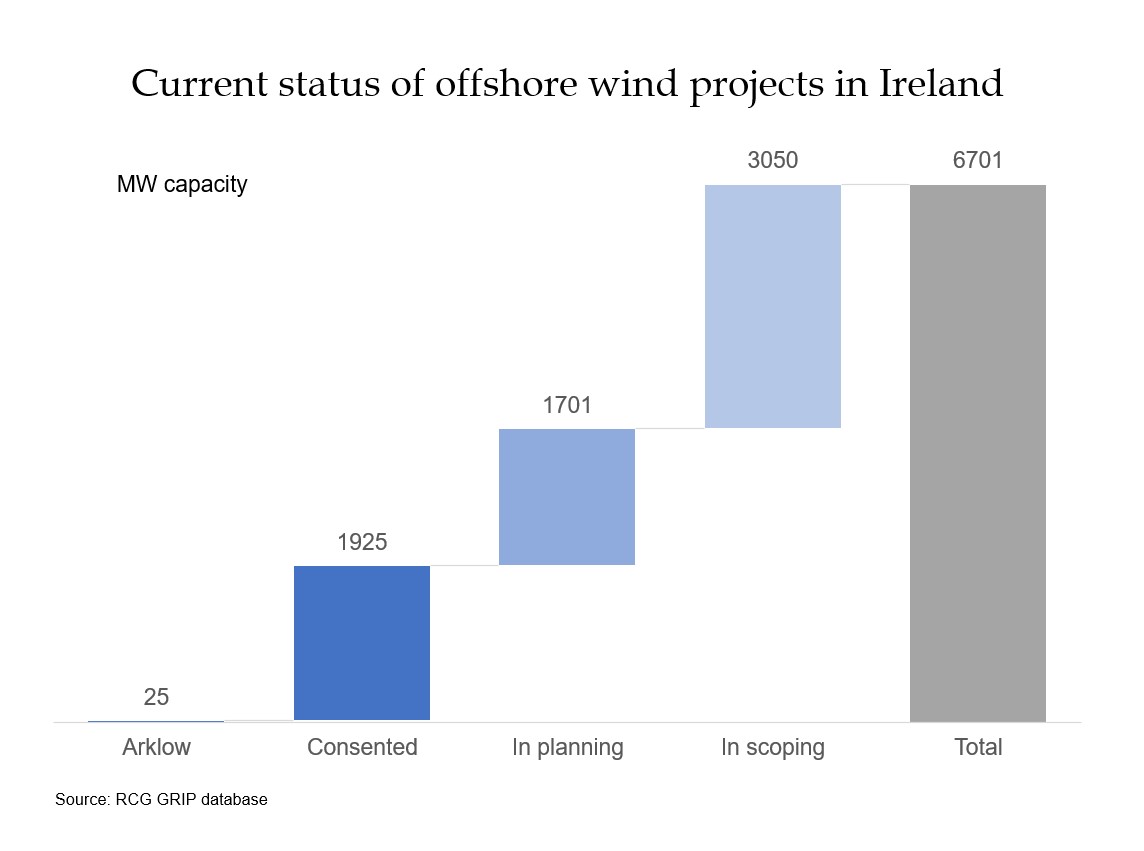 However, early deployment will require a clear route to market for power. Technology neutral RESS auctions will not facilitate the investment needed to accelerate offshore wind development. Nor will it build confidence in the local supply chain which will be required to bring down costs and increase local content and local service provision. The Irish government may need to find a way to fast-track offshore wind outside of the proposed RESS process, for example through bilateral contracts with administratively set strike prices. Whilst, in the short-term prices may be higher than competitive auction prices seen in more mature markets, the reduced risk for early projects will lead to more rapid construction and could yield lower future prices by increasing the visibility and scale of the future pipeline.

Ireland has an opportunity to take some bold steps to accelerate offshore wind and at the same time kick-start an infrastructure capable of delivering ambitious clean energy capacity at scale and a local supply chain capable of competing in European and global markets.