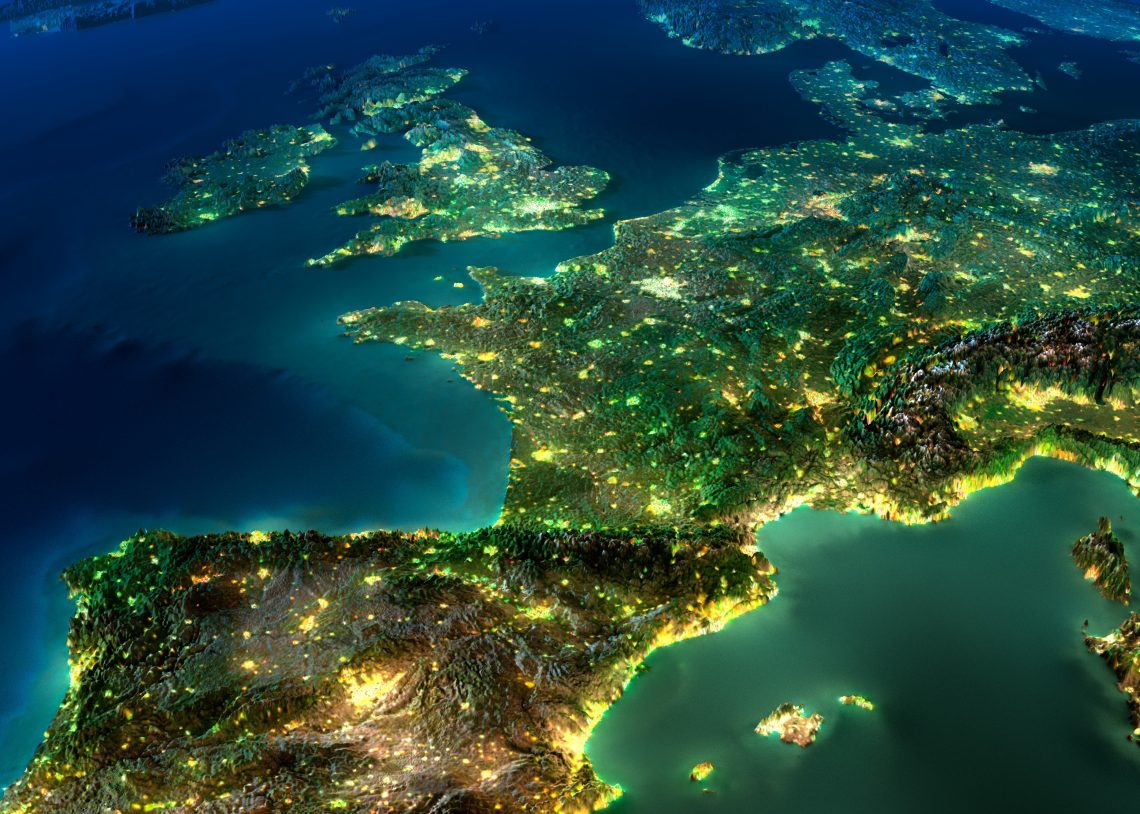 CRE, the French energy regulator, has announced the auction for a 230 MW-270 MW project located in the South of Brittany and will include an offtake agreement for the power produced. This will be a first of three 250 MW projects to be auctioned over the next year. The next two will be located in the Mediterranean.

The auction will be undertaken in three phases over the next year. The first phase will feature selecting from a shortlist of bidders based on their technical and financial capabilities. The second phase will be a competitive dialogue and is expected to commence this September for about six months. The final phase will include the submission and selection of the winning bid.

The auction of the Southern Brittany project follows the public debates held last year. These debates provided a public consultation about this 250 MW project but also for a planned future 500 MW floating wind project. In these debates there have been concerns raised that the 1,330 km2 zone was too small relative to the area proposed for the sites; which was 200 km2 and 400 km2 for the 250 MW and 500 MW sites, respectively. The auction for the 500 MW project is expected in 2024.

France has been one of the leaders in floating wind with 2 MW installed and an additional 114 MW of projects to be installed in the next two years. These 114 MW projects are well overdue but provide a critical step up in size from single units to small arrays of three floating platforms with different technology approaches.

Just next door to the 250 MW project lies one of these pilot projects, the Groix et Belle- Îsle project with 28.5 MW capacity and will receive revenue support of 240 EUR/MWh for exported power. The 250 MW project on the other hand will have a maximum price of 120 EUR/MWh and considering this will be a competitive auction process, the award price is expected to be well south of 100 EUR/MWh.

Notably, the project could realistically be nearly one-third the cost of its neighbour, demonstrating how increasing scale and providing a clear route to market drives cost reduction. And this is only the start of the cost reduction journey. 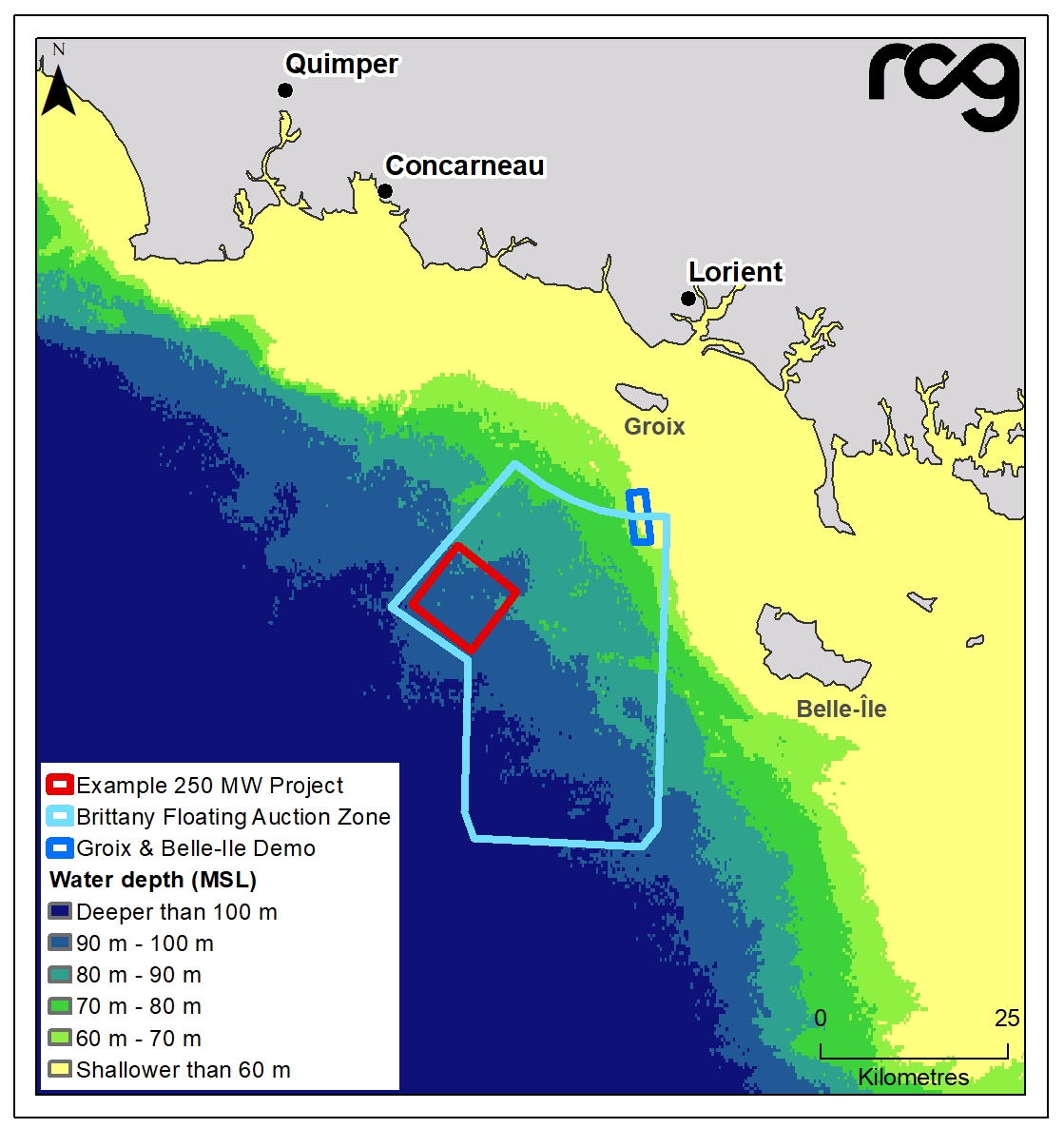 Exhibit: Size and bathymetry of the 250 MW site within the auction zone (source RCG).

For the next stages of development, the key site parameters will need to be taken into account to select the optimal site location; including water depth, wind speed, soil conditions, grid connection and wave conditions. As Fig. 1 shows, the sites will likely be located to the West or Southwest of the zone in order to reduce visual impacts from Belle-Île and Île de Groix and considering wind speeds are relatively consistent across the zone.

The other challenge that has dogged previous projects is the time required to undertake consenting, particularly the coordination between the national and regional government.

However, this is something being addressed, and these projects are expected to be consented faster than previously. Therefore, commercial operation could theoretically occur before 2030.

France has clearly put themselves in pole position for floating offshore wind. However, there are many other markets such as the UK/Scotland, Japan, South Korea, US and Norway. And do not rule out Australia.

The list of markets signaling interest in developing floating wind is growing and France has some good lessons to be taken on how to start the development of commercial-scale floating offshore wind projects. 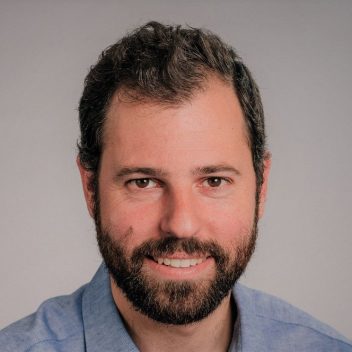