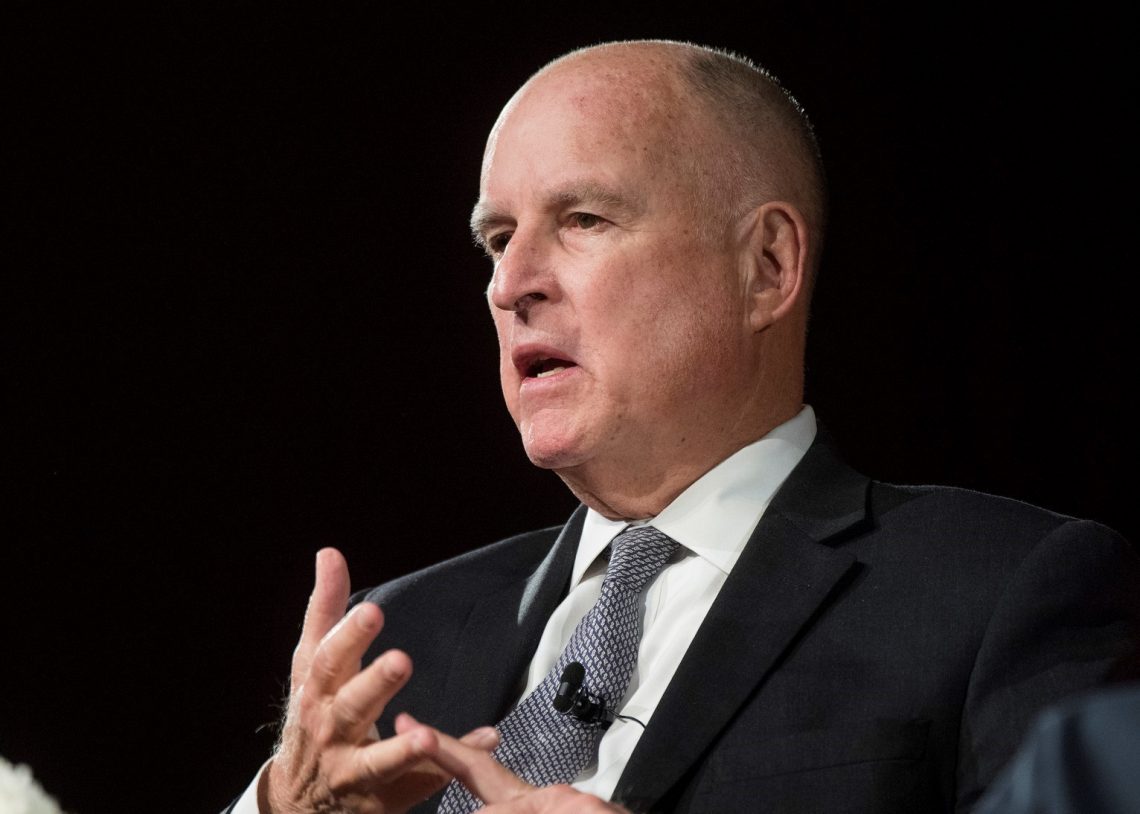 By 2045, California could have 7GW of floating wind

With the signing of bill SB 100, the Golden State is charting a path forward as a global leader in the energy transition.

September was a watershed month for green energy in California. Governor Jerry Brown made history with the signing of SB 100, a bill committing the state to an accelerated RPS target of 60% by 2030 and additionally committing the state’s electricity to being sourced 100% from clean energy by 2045. This was cemented by the simultaneous issuing of an executive order, EO B-55-18, establishing a new statewide goal to achieve net negative emissions of carbon by that date.

The current targets build on earlier legislation aimed at achieving nearer-term goals: an RPS of 33% by 2020 and reduction of greenhouse gas emissions to 40% below 1990 levels by 2030. To meet both these near-term goals and the longer-term targets, the state is charting a path forward that sets it up to be a global leader on energy efficiency, transportation electrification, expanded energy storage, and renewables technology, including offshore wind.

SB 100 is expected to require as much as 10GW of additional solar and wind generation capacity in California by 2030, and a significant part of that target will be met by floating wind. The US Bureau of Ocean Energy Management has recently issued a formal Call for Information and Nominations at three prospective call areas, thereby officially kicking off the federal timeline for offshore development in the state.

Currently known project proposals total between 750-1,150MW of floating wind capacity, to be made operational between 2024 and 2027. With the imminent closing of the Diablo Canyon nuclear power plant in 2025 near two of the proposed offshore wind energy call areas, an additional 2.2GW of interconnection capacity will be readily available to other future projects. By 2045, it is feasible that California will exceed 7GW of wind power floating off its coast, an amount greater than the current total of onshore wind power in the state today.

This rapid expansion of wind power into the Pacific Ocean, which will have to be installed in water depths of 200-1,000m, will require development and innovation on many levels and across many disciplines. A variety of floating foundation technologies are entering the market, though the most well-established are, of course, still only operating in relatively small European demonstration projects.

Beyond this, there will also be a requirement for unmanned submersible vehicles capable of operating at extreme depths to perform regular installation and maintenance tasks. And owing to bridges and a largely preserved coastline, there will be a need to expand existing port infrastructure and possibly establish new specialised operations and maintenance facilities near future projects.

Also, new environmental studies will be required to size up the impact of various floating turbines and their mooring systems on seabeds and the marine mammals and migratory birds of the Pacific. These assessments will be particularly important in a state with multiple National Marine Sanctuaries and a historical public commitment to protecting coastal resources.

Even on the financial side, offtake will possibly need to go through California’s growing Community Choice Aggregator (CCA) model, rather than through the traditional utilities.

This offshore effort will be a matter of needing all hands on deck to pull through.

As many challenges in California’s transition to floating wind present, the state also offers support in the form of rapidly expanding capability to integrate renewable power into the grid. The state’s Self-Generation Incentive Program is expected to incentivise approximately 2GW of behind-the-meter storage by 2025, adding to previous initiatives ensuring that California’s investor-owned utilities (IOUs) oversee the addition of over 1.8GW of qualifying energy storage capacity by 2024.

In parallel with the coming influx of advanced energy storage installation in the state is the increasing electrification of the state’s vehicle fleet, with 5 million zero-emission vehicles targeted to be on the road in on California by 2030.

With developments in vehicle-to-grid technology, the growing EV fleet in California will double as both a source of new electricity demand and an increasingly important provider of energy storage and demand response for the grid: the non-profit group Next 10 estimates that 2.5 million EVs using smart charging technology would enable renewable energy curtailments in California to be reduced by 27%.

Meanwhile, pressure continues to mount within the state for grid regionalisation, which would expand the energy market for renewables during peak production.

On top of it all, many of the same CCAs that are upending the state’s traditional IOU model are purchasing power with the goal of 100% green, locally-sourced energy by the soonest date possible.

The overall picture for California’s future leadership on climate action is a bright one, and floating wind in the US Pacific shares that spotlight. In a state already known for risk-taking and innovative tech, the conditions are right for risk-takers and innovators to drive forward development of this exciting new technology.

This article was first published in RECHARGE News, 6 December 2018:
https://www.rechargenews.com/wind/1650576/by-2045-california-could-have-7gw-of-floating-wind